Do Not Resuscitate (DNR) orders, more commonly known as a no-cancellation or cardiac arrest order, is an order, either verbal or written, stating that a patient does not wish to receive resuscitation when the heart stops beating due to cardiac arrest. In some cases it prevents other treatments from being administered. It is useful in emergency situations and life-saving surgery, but sometimes doctors choose to disregard it. In this case the doctor must take all reasonable steps to determine whether the person is truly dead or just not well enough to survive any more. 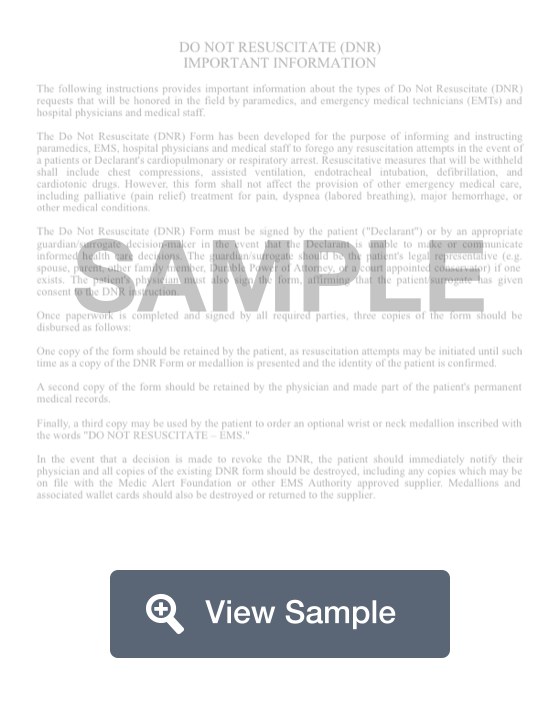 Some jurisdictions actually require doctors to follow the terms of this order even when the patients have been pronounced dead by another method. When people are pronounced clinically dead, their families have the choice as to whether they want them resuscitated. If the family decides not to resuscitate the patient, then the doctor must use emergency procedures in order to revive the person. It is important to note that, under these standards, a patient who has been declared clinically dead may be resuscitated if an attempt at CPR is made after the fact. The only situation where a cardiac arrest order would not prevent resuscitation is when the patient has already been revived following emergency measures.

A second type of situation in which doctors often ignore do not resuscitate orders is when the patient is unconscious but has a pulse. In this instance, the doctor must awaken the patient from cardiac arrest before attempting to revive them with an automated ventricular device or other defibrillator. The problem with this scenario is that a lack of consciousness can make it impossible for someone to breathe on their own. Studies indicate that as many as one third of all people who undergo defibrillation are unaware that they are doing so. Patients are sometimes given a shock collar to assist in their recovery from a shock or other medical treatment, but are often too confused to respond properly to do so.

A third scenario in which doctors ignore do not resuscitate orders are when they occur during an emergency medical response. These emergency response teams have been designed to manage cardiac arrest, but are often confused with the emergency medical technicians (EMT’s) and hospital emergency room staff. Because the EMTs are equipped with the proper apparatus and training, they are often the first responders in an emergency such as this. If they cannot provide the necessary help during a medical emergency, patients are often left to die because an improperly trained or unprepared medical team failed to resuscitate their patient.

Do not resuscitate orders should always be followed. Sadly, many doctors and nursing personnel fail to do this. It is a matter of pride among some emergency room professionals that they do not follow the rules. Unfortunately, these same people can have the greatest of faith when it comes to their patients. When something goes wrong, it is often their faith that fails them in their duty to follow medical advice. It is up to the patients themselves to ensure that the do not resuscitate orders are followed, regardless of the circumstances surrounding the incident.